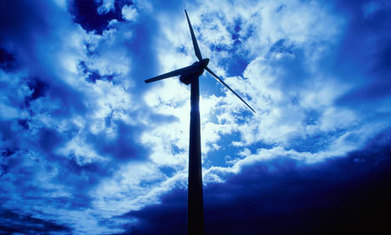 Residents of Côtes D’Armor in northern France hope a series of green schemes can also reinvigorate the local economy Jacky Aignel, the leader of Saint Gouéno council in Brittany, looks at the cranes hoisting blades to the top of a wind-mast: “We’ve…

It all started in 1999 when a group of pig farmers hatched a project to build a methanisation plant to digest their output of slurry, using a fermentation technique that turns pig manure into methane gas. This prompted broader debate on energy. "This is one of the poorest parts of Brittany," says Aignel. "As a farmer I try to be as self-sufficient as possible and I was well aware cheap energy wouldn’t last for ever."