Pope Francis Says All Who Do Good Are Redeemed – Atheists Included 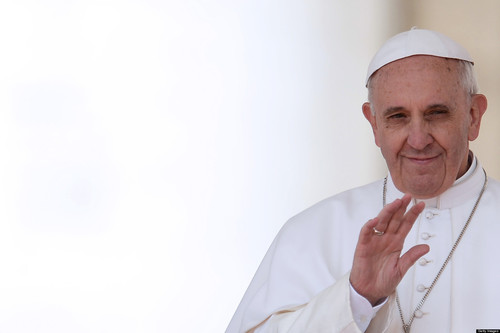 Pope Francis rocked some religious and atheist minds today when he declared that everyone was redeemed through Jesus, including atheists.

Using scripture from the Gospel of Mark, Francis explained how upset Jesus’ disciples were that someone outside their group was doing good, according to a report from Vatican Radio.

“They complain,” the Pope said in his homily, because they say, “If he is not one of us, he cannot do good. If he is not of our party, he cannot do good.” And Jesus corrects them: “Do not hinder him, he says, let him do good.” The disciples, Pope Francis explains, “were a little intolerant,” closed off by the idea of possessing the truth, convinced that “those who do not have the truth, cannot do good.” “This was wrong . . . Jesus broadens the horizon.” Pope Francis said, “The root of this possibility of doing good – that we all have – is in creation”