‘Normal sleep’ a mystery to some 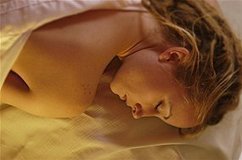 Australians have no idea what a good night’s sleep really is, according to a new study.

A study of 220 people aged over 18 years shows about 70 per cent of people think normal sleep patterns do not involve waking at any time during the night.

Among the younger participants aged between 18 and 25, this figure increased with 95 per cent believing they should not wake up at all during the night.

Lead researcher Professor Dorothy Bruck says the study shows the disconnect between the science of sleep and community expectations.